Cancer is that horrible illness that seems to affect everyone in some way in their lives at some time. Most people know someone who has had it and unfortunately it is one of my family members turn to take on the biggest fight of their lives and win the war against the big C.

My beautiful cousin Eve, who I will be uploading a pic of just so people can see how amazing she looks even though she is half way through her treatment, has been diagnosed with breast cancer.

It was so out of the blue, that I don't think it quite sank in for a while. The first thing I said was "she's so young"- something I know from another close friend, means nothing with cancer.

So, as we all feel pretty helpless at the moment because theres nothing we can physically do to help her on her journey, Eve's sister has organised for us all to take part in the Pink Ribbon Walk.

It is a 10 mile walk at Leeds Castle on Saturday 7th June 2014 and so far I think about 30 of us have said yes to taking part. There is a minimum amount of money to raise before you take part, which is £100, so I'm expecting everyone I know to sponsor me!

If anyone would like to join us on this walk, have a look on the website I've linked and let me know. You may have your own person you would like to do the walk for, either way I think it will be a lovely day that we can all take part in.

Now for the picture of beautiful Eve with my mum on New Years Eve. You would not believe she is halfway through chemotherapy here! Most glamorous chemo patient ever? ........ 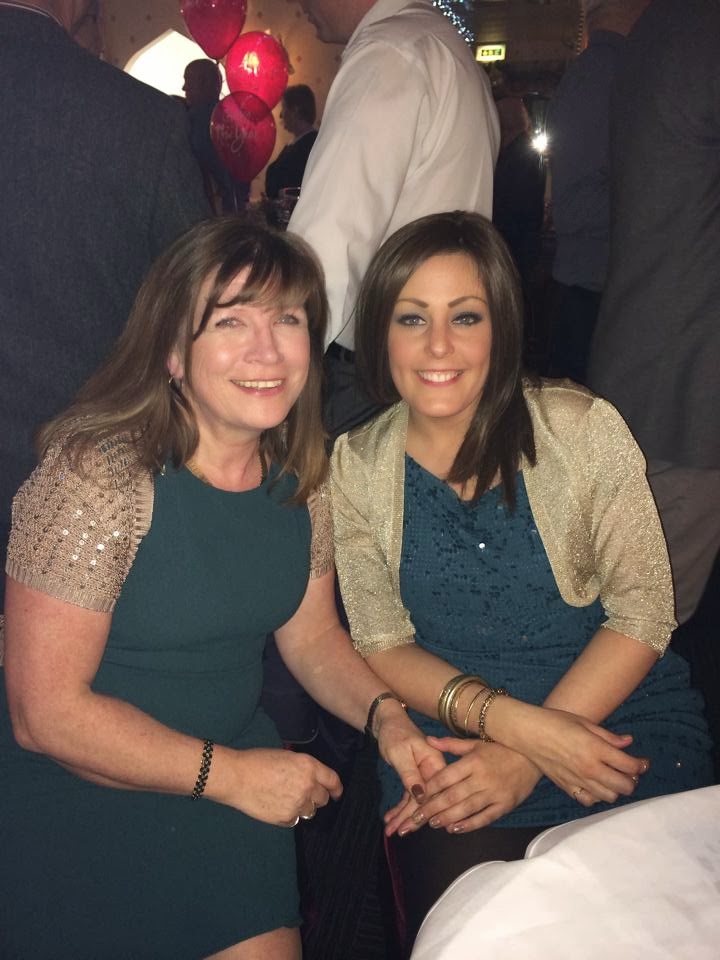 I seem to have seriously forgotten about my blog, something I enjoyed doing so much when I first began writing it. I think it acted as a good way of me getting all my thoughts and feelings out there without me having to talk to people face to face.

I've been trying to think of a way in which I could go with the blog instead of it being like my life story and boring everyone who reads it!
I think I need to do more parenting style tips, recommended days out so that other people out there who are in the same situation as me may find little hidden treasures that they can treat their families to!

But first of all, let me give you an update as to what has been happening in my wonderful world.

I haven't blogged since my sister got married, which feels like forever ago now. Crazy how time flies! We had some time off work in October where we visited Old McDonald's Farm with Noah and it was a brilliant day out, despite the horrendous weather! 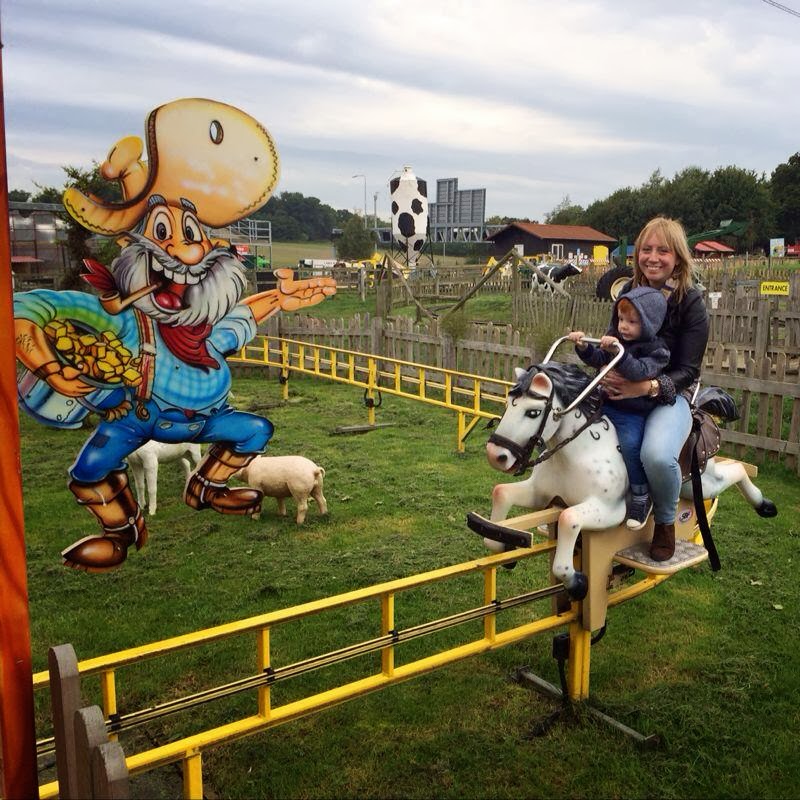 We also had a really good night out in London for Tony's birthday, whilst Noah stayed at Nana's. It was all part of Tony's birthday present from me and even though Micky Flanagan postponed his dates that we were to see him, we still had a brilliant weekend in the city. We went to a fantastic Brazilian restaurant called Cabana at Tottenham Court Road which meant I had to start the night with cocktails! We then walked into Leicester Square which had the obligatory stop at M&M World before going into a few bars.
We then missed the last tube back to the hotel and soon decided that even though we could see the hotel's roof, it was too far to walk. I think the rain made that decision come quicker!
The next day, once I had realised that I had slept with my contact lenses in and thats why I had woke resembling eyeball Paul, we got ready and went to The London Dungeon. I have been before and knew that the best way to get in quickly was to book tickets online before hand. You beat the queues so rather than a 2 hour wait, it is more like 45mins.
This was such a good day out and if anyone is worried about taking smaller children, I personally wouldn't take them under 8 years. It can be a little scary for the younger ones.
Plus there is a ride which takes you high and then lets you drop at the end, which was scary enough for me! Anyone that knows me, knows that I am not a fan of these rides and it wasn't until I was in the seat, lifting my arms for the barrier that I realised what it was! Argh! It was actually ok to be honest but it doesn't mean I will braving the Detonator any time soon!

Christmas then seemed to be upon us rather quickly! I organised the Christmas works do this year and we had the best night ever at Mumu in Maidstone. We had a booth which was worth every penny it cost, plus a treasure chest full of fruity cocktail. The price included a Christmas dinner, which in hindsight I should have eaten more of! Druuuuuuuuuunk!!!!
I think it's a night that will forever be remembered and my colleague Dawn, who by the way is never dramatic, summed up the night in one by saying "You're ruining my life". I'm a bit chatty when I go out and instead of dancing with her, decided to chat to extremely young boys for a while. I hear the shock when you read 'me chatting to extremely young boys' as its not like me at all, but this time I made an exception ;-).

Christmas itself was all a little hectic. I stupidly had no leave left and so could only take Christmas Eve off, which sounds bad but I was off until the 30th. Going back in between Christmas and New Year just broke it up to much for me and did ruin it a little. Noah had the best time though this year and I think it will just get better and better!

Now it's January, almost the end thank god! Payday next Friday and that cannot come soon enough! It has to be the most depressing month of the year and I'm kinda glad my mum couldn't hold me in until her due date when she was due with me and had me a month early!

Hope everyone's 2014 has started the way they wanted it to and that the year brings you all lovely things! xx
Posted by Unknown at 02:31 No comments: